World War II saw some of the most brutal moments in the history of humankind. The role of dogs in combat was also a defining factor that provided a boost to the morale of the armed forces.Morehappawness looks at the story of a little hero called Chips, who was the war dog that helped save many lives.

The War Dog – When A Hero Was Born 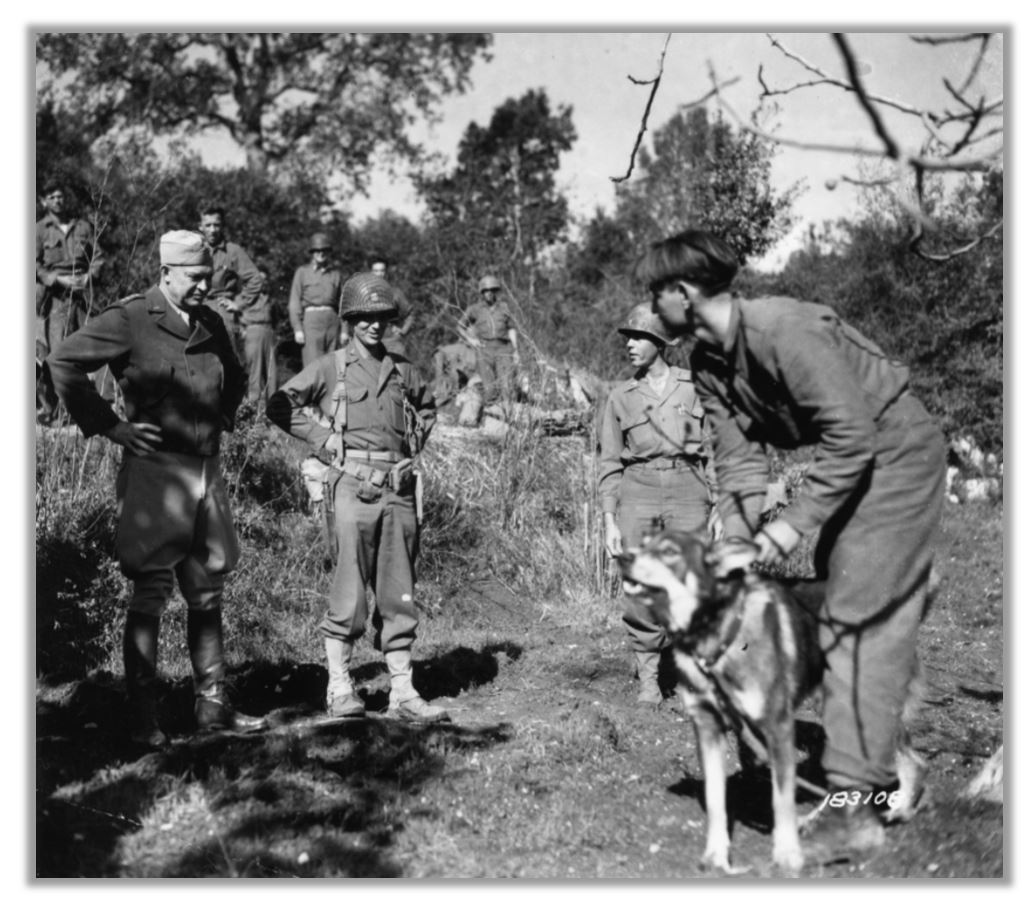 Chip was a husky mix with a German shepherd who served with the American Army during WWII. He started life as a faithful companion to the Wren family in New York before being trained to serve variously on patrol or sentry duty.

When the U.S. Army encouraged dog owners to let their pets participate in the war, the Wrens responded by donating Chips. They wanted to contribute and knew their dog was smart and strong enough.

John Wren admitted that it was heart-wrenching for his mother to have her beloved pet go with others, but they were confident that he’d be really useful.

Over three years serving as a U.S. Army dog unit member, Chips traveled across Europe and North Africa. He even met the U.S. President and British prime minister during the famous Casablanca Conference in 1943.Chip’s actions on the 10th of July 1943 are well-remembered. While American forces were busy invading Sicily, a dog named Chips found himself in the midst of an assault with his handler, John Rowell.

He escaped from his handler, charged at full speed into the Italian soldiers, and disappeared. Moments later, a soldier from the Italian army came out with Chips clutching his neck. Finally, the remaining three soldiers also stepped out and surrendered.

His amazing work displayed bravery, strength, commitment to his country, and most importantly, dedication to keeping the U.S. soldiers safe. But more importantly, he did all of this even though he wasn’t human!

However, there were some serious wounds on his face, and he didn’t notice them. Those wounds didn’t seem to slow him down much as he was spotted sniffing ten enemies later that day. The dog earned a Silver Star award for bravery and heroics then.

Finally, this little hero was able to return home. John Wren recalls when he opened up the cage and found his pet in there safe and sound. He was overjoyed, as were many others at the time.

Wren’s mother had a story she liked to tell about Wren getting caught in the undertow when he went swimming at Quogue Beach. However, it was his dog, Chips, who noticed Wren disappearing under the water. Chips had promptly run into the sea to pull him out.

Sadly, the war dog didn’t live very long in retirement. Half a year after his journey home, he encountered kidney failure and passed away.

And later on, this fearless dog received the honor award known to animal kind – the Dickin Medal! It’s given to those who show great heroism! The owner, John Wren, then traveled to London and received it for his beloved dog.

Source: Chips – The War Dog Become A Hero On The World War II

Replace this text with some additional info. If there is no extra info, you can hide this text or hide this block by clicking the icon at the above right corner.